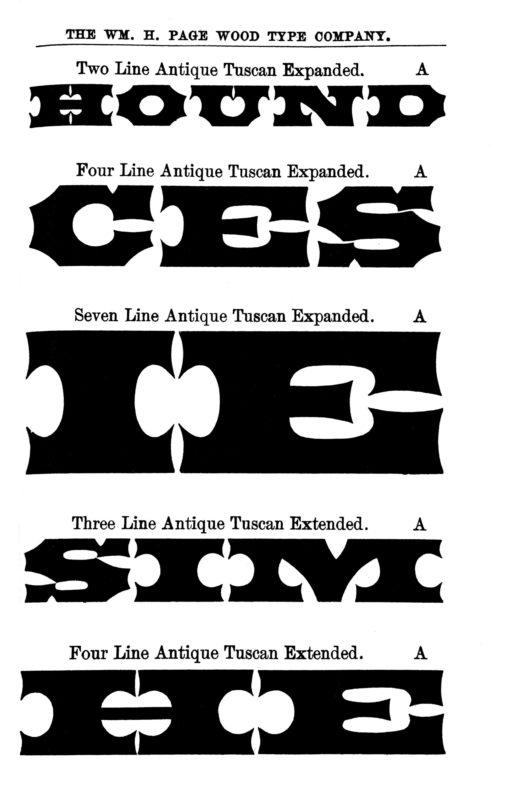 Antique Tuscan Expanded can be characterized as a semi-ornamental design. Rob Roy Kelly defined semi-ornamental as solid-faced letterforms “frequently derivative in design, that obtain a decorative quality from an active contour, and that generally include some ambiguity between letterform and counter or between adjacent letterforms.”{1} 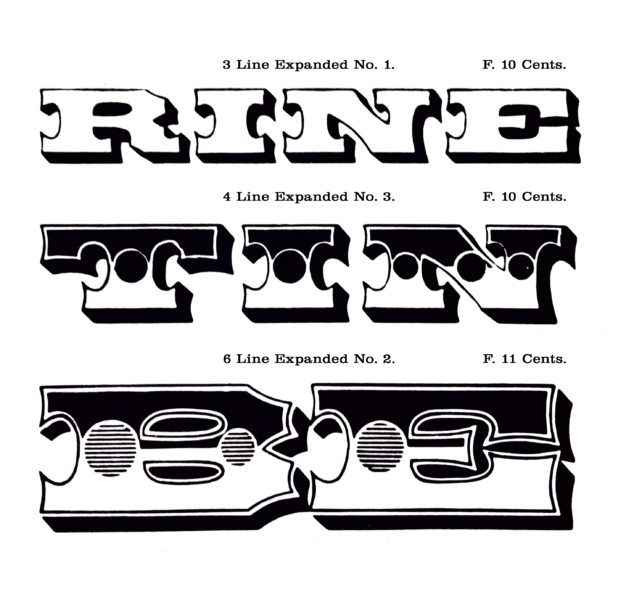 When The Hamilton Mfg Co acquired the Wm H Page Wood Type Co in 1891, Hamilton changed the names of all the designs. Antique Tuscan Expanded became No 4015; Expanded No 1 became No 347; Expanded No 2 became No 438 and Expanded No 3 became No 437. Hamilton did show all three designs as single color options up until Catalog No 16 of 1906. Page’s Expanded No 4, No 5 and No 6 were never listed or shown in any Hamilton specimen catalog.