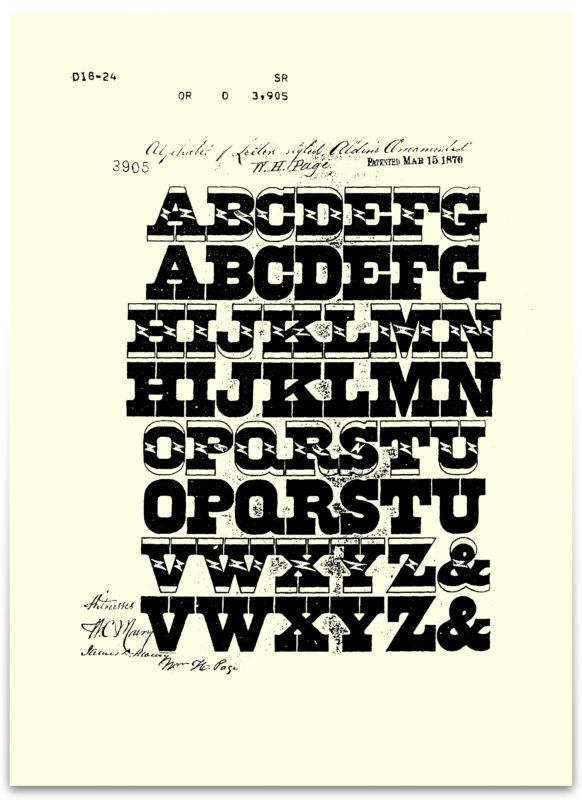 In American Wood Type Rob Roy Kelly ((Kelly, Rob Roy. American Wood Type: 1828–1900, Notes on the Evolution of Decorated and Large Types and Comments on Related Trades of the Period. New York: Van Nostrand Reinhold Company, 1969: 265, 266.)) stated that he believed this design to have originated as a wood type in America. Kelly showed specimens of these faces on pages 265 and 266 of American Wood Type.

Aldine was a low contrast modification of the Clarendon style letter set to squarer proportions. Clarendons are themselves a variation of the Antique style in which the serifs are bracketed with a soft transition at the stroke joints and tend to exhibit higher contrast between thick and thin strokes ((The first bracketed Antique shown typographically was by the English foundry Blake & Stephenson, in 1833, and named Ionic. This name would be used for this bracketed style until 1845 when Robert Besley registered a heavier design with higher stroke contrast named Clarendon.)). The Clarendon style was immensely popular during the second half of the nineteenth century and was elaborated into a wide range of designs.

Examination of samples of actual type blocks of Aldine Ornamented in the Rob Roy Kelly American Wood Type Collection at The University of Texas at Austin indicates that, while the face was cut on the router-pantograph, the delicate filigree detail at the midsection of the face was finished by hand. 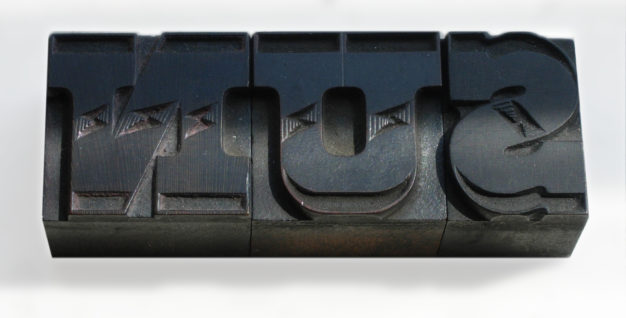 Text in the patent application indicates Page designed this face to be used both individually and chromatically. “…the two alphabets to be printed single, or the one printed over the other in colors.” The design was shown chromatically in both the July 1870 catalog as well as 1874 Specimens of Chromatic Wood Type, Borders, &c listed as Chromatic Aldine Ornamented. 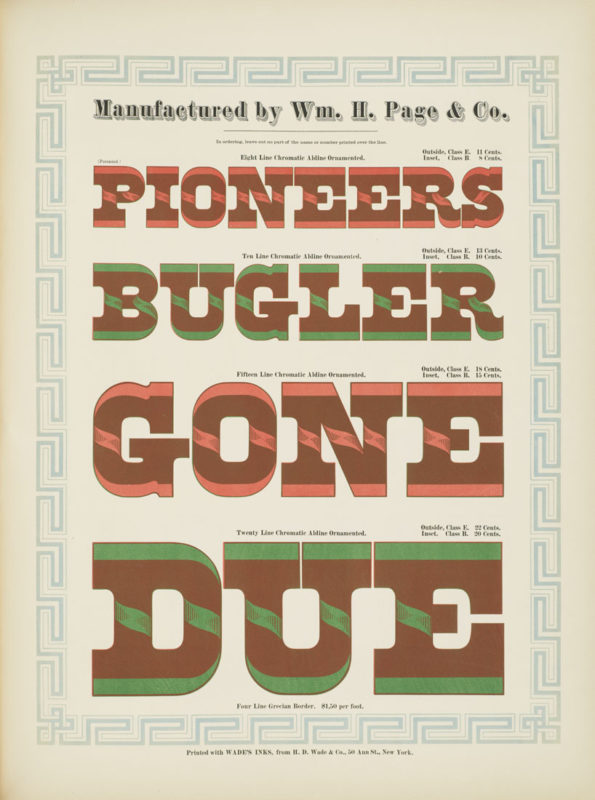 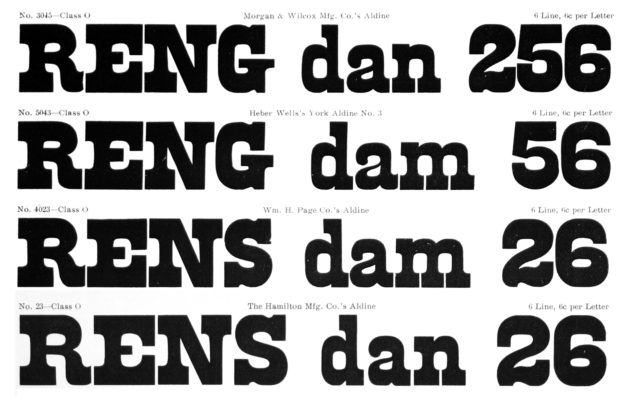