George Case Setchell was born December 17, 1838 in Norwich, Connecticut to William Kelly Setchell and Maria E. Case. He was a skilled type cutter and a keen inventor, who perfected the die-cut method of wood border manufacture in the late 1870s, and, in collaboration with William H. Page, the die-cut method of wood type manufacture in the late 1880s. 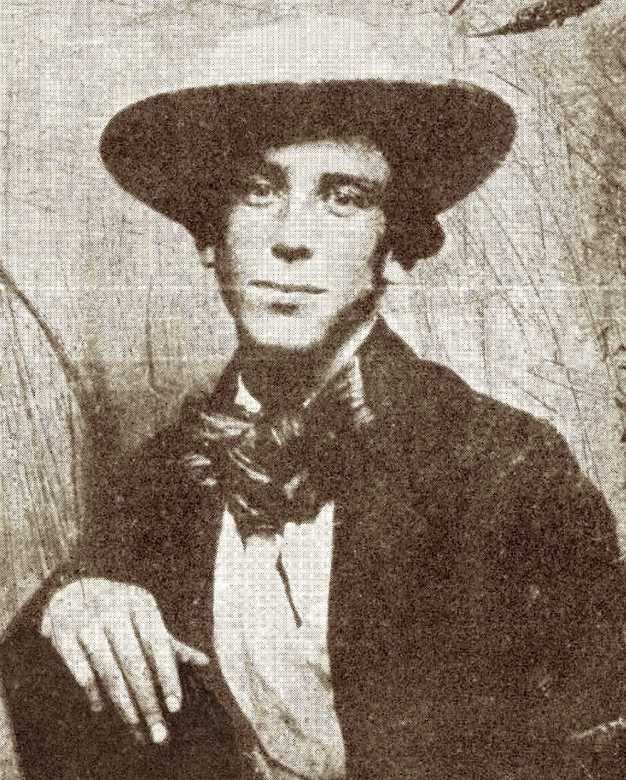 Setchell spent his childhood and most of his adult life in Norwich, Connecticut. His father died when he was 10 and after his mother’s passing in 1860 he is listed as living with his younger brother, Charles in a boarding house in Norwich. On April 3, 1861, He married Mary Ann Davis, an immigrant from Trowbridge, England. Their first child, Emma Davis Setchell was born April 26, 1862 ((The couple would have 9 children in all, 7 of whom lived past infancy. It might be noted that three sons graduated from Yale. Setchell’s eldest son William Albert also received his PhD from Harvard and was a noted botanist who taught at Yale and later chaired the botany program at University of California, Berkley. One of Setchell’s daughters, Leila May (Cherry) worked in the press room at William H. Page Wood Type Co.)) shortly before Setchell joined the Union Army.

His reminiscence of his participation in a battle near Piedmont, Virginia on June 5, 1864 was recorded in 1898 and was made available to The Civil War Times Illustrated ((Setchell, George Case. 1963. ‘A Sergeant’s View of the Battle of Piedmont’. The Civil War Times Illustrated 2 (2). Historical Times, Inc: 42–47.)) by his youngest son John Ernest Setchell ((John Ernest Setchell (November 26, 1882—June 1967) was a professor at Brooklyn Polytechnic Institute.)) . “At every shot we would “Hurrah!” and the Rebs would answer back with one of their defiant yells, but our boys could see that we were getting the best end of it, all the time. As for me, I could do no shooting, so had to make up for the shooting, and you may be sure that I had it out in that line. I think, actually, that I strained my voice a little, and it has not got back to its original tone to this day.”

He returned to Norwich after the war and became a type cutter for William H. Page & Co. He was first listed as an employee in the 1868 Norwich City Directory ((Kelly erroneously indicated that Setchell was “brought into Page’s company” in 1881.)) By 1872 Setchell had worked his way up to foreman of the typeshop, and became President of the William H. Page Wood Type Co in 1881.

In early 1887 Page began discussions with Hamilton & Baker of Two Rivers, Wisconsin about the acquisition of the William H Page Wood Type Co. In the initial conversations Page indicated the possibility that Setchell would relocate to Wisconsin with the acquisition: “Mr Setchell my partner who has been with the business since the War and could go out with it and perhaps some of the help.”

Though the acquisition would be finalized four years later in 1891, Setchell was not to relocate. In 1889, Setchell sold his complete portfolio of interests in the William H. Page Wood Type Co. to Samuel T. Dauchy of Dauchy & Co. Dauchy became President of the company and oversaw the acquisition by Hamilton Mfg Co in 1891. Dauchy had been John Cooley’s partner from 1866–1869. In 1869 when Cooley & Dauchy was acquired by William H. Page, Dauchy purchased Cooley’s portions of the business that included the printers’ warehouse and advertising agency to start Dauchy & Co in New York City.

Setchell was an avid inventor with at least 14 patents to his name—half of those related to die-cut processes for manufacturing wood type & borders. His first patent was awarded October 10, 1876, for the production of ornamental and flexible lumber for forming round corners in the construction of houses ((Setchell, George Case. 1876. ‘US Letters Patent No 183,073, Ornamental and Flexible Lumber’.)) 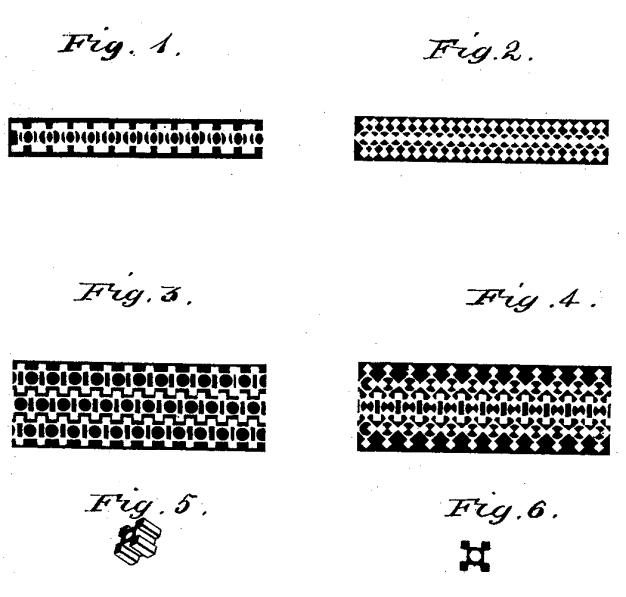 Setchell submitted a patent for the improvement to the die-cut method of wood border manufacture on September 24, 1878 (patent awarded January 25, 1881). “My improvement consists in making wood borders by a new, cheap, and speedy method of stamping into the wood with a small stamp…by means of overlapping the impressions made by the stamp, as well as by changing its position, a great variety of beautifully-designed borders are produced, finished ready to use…entirely dispensing with the tedious and expensive hand-trimming, which has always been necessary in cut borders.” ((Setchell, George Case. 1881. ‘US Letters Patent No 237,054, Method of Making Wood Borders’.))

It is interesting to note that in the text of the patent description Setchell also indicated that the production of star borders, first shown at least as early as in Page’s 1872 Specimens of Wood Type, had been produced by a stamping method as well.

In 1889, Setchell sold his interest ((“shares in the business as well as his patent rights”— Kelly, Rob Roy. 1969. American Wood Type, 1828–1900: Notes on the Evolution of Decorated and Large Types and Comments on Related Trades of the Period. New York: Van Nostrand Reinhold Co.: 44.)) in the William H. Page Wood Type Co. to Samuel T. Dauchy of Dauchy & Company. Setchell remained in Norwich and the following year was listed as the proprietor of Leffingwell & Setchell, and Steam Carpet Cleaning Works. Curiously in 1891 and 1892, he was listed as a grocer, and by 1895 he had moved to New Haven, Connecticut to run the Trellis Mfg Co ((158 Whalley Avenue, New Haven, Connecticut.)). He moved to Philadelphia, Pennsylvania in late 1899 or early 1900 and sometime after 1909 but before 1911 moved to Cranston, Rhode Island to live with his second daughter Jennie Lavinia (Davis).