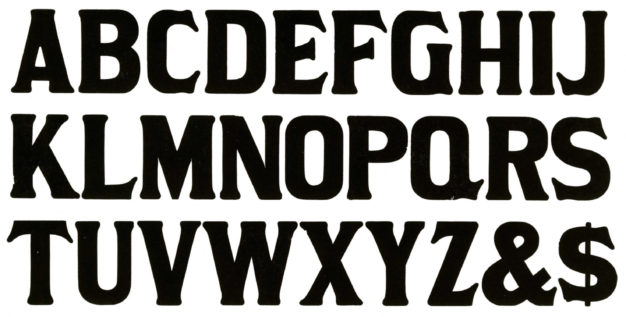 No 672 and No 673 were the official, if unimaginative, names used for two patented designs cut exclusively by The Hamilton Mfg Co. 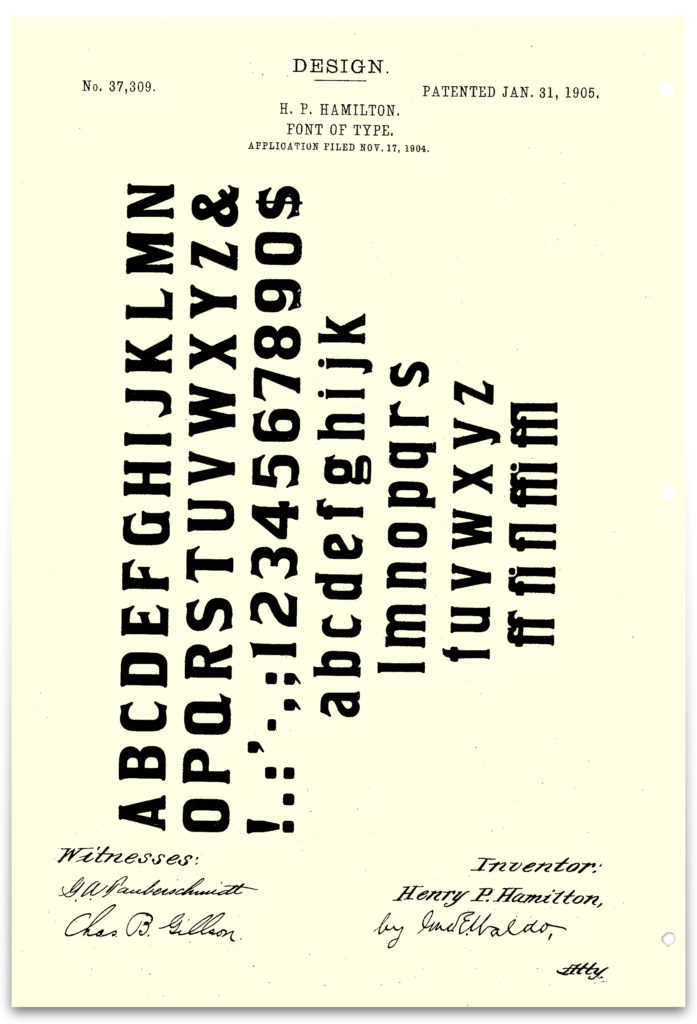 Henry Pierpont Hamilton (1862–1919) was James Edward Hamilton’s youngest brother. He apprenticed as a printer at the Two Rivers Chronicle early in life before he headed west to join the Hamilton’s middle brother George Dann Hamilton (1856–1931) at the weekly newspaper The Record he had started in 1878 in Detroit, Minnesota. 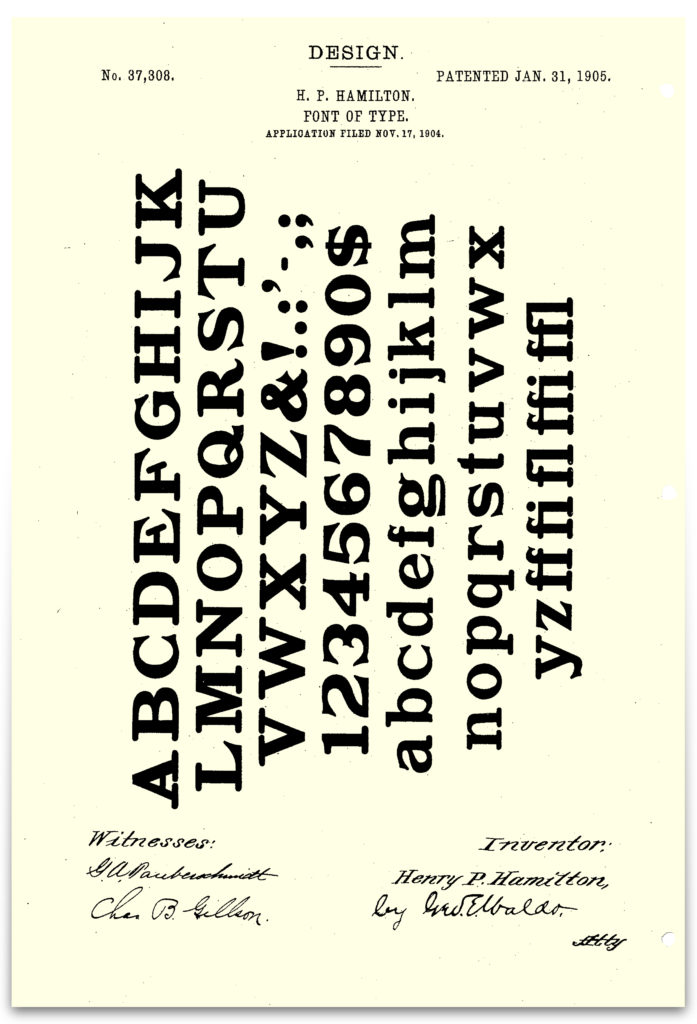 In early 1881, JE Hamilton sent his two brothers prototypes of his then-new Holly Wood Type to work with and test at their newspaper. Henry wrote back regarding the success of their tests but also included how the types might best be advertised and marketed. Henry included labels to attach to the type that was to be sent out as samples of JE’s new process. “This is a sample of Holly Wood Type. If you are interested, write to J E Hamilton, Two Rivers, Wisconsin, for further particulars.”{1} Sometime after 1883 Henry left the newspaper in Detroit and returned to Two Rivers to work for JE at Hamilton & Katz.{2} JE had taken on a business partner, Max Katz, in Dec 1881. While Henry entered the business with the technical knowledge of a practical printer, he initially acted as a salesperson for Hamilton & Katz. He quickly moved into the role as manager of the Type Department, and as the company grew, expanded his portfolio to include the management of the publication of all printer’s equipment sales catalogs and promotional material. Henry was named Vice-President of the company with its incorporation as The Hamilton Manufacturing Co on January 1, 1889, and remained in that role until his death in June 1919{3} There is no indication that Henry had any hand in the type design aspect of the company, and the two designs patented in 1905 are his only known contributions to type design.

Both No 672 and No 673 were first shown in a 16-page, one-color, specimen circular promoting new faces from The Hamilton Mfg Co. While the circulars do not carry a publication date, because of printed details included on the circular its origin can be narrowed to sometime between late 1904, and early 1905. The circular includes the location of the Eastern Office & Warehouse, as well as labeled both faces with “Patent Pending.” The Hamilton Mfg Co moved its Eastern Office & Warehouse from the Middletown, NY location that they had used since acquiring the Morgans & Wilcox Mfg Co’s wood type concern in December 1897, to Rahway, New Jersey on December 9, 1904, thus establishing the earliest publication date. The “Patent Pending” label would only have been used between November 17, 1904, when both designs were submitted for review, and January 31, 1905, when both were awarded patents, thus establishing the likely latest publishing date. 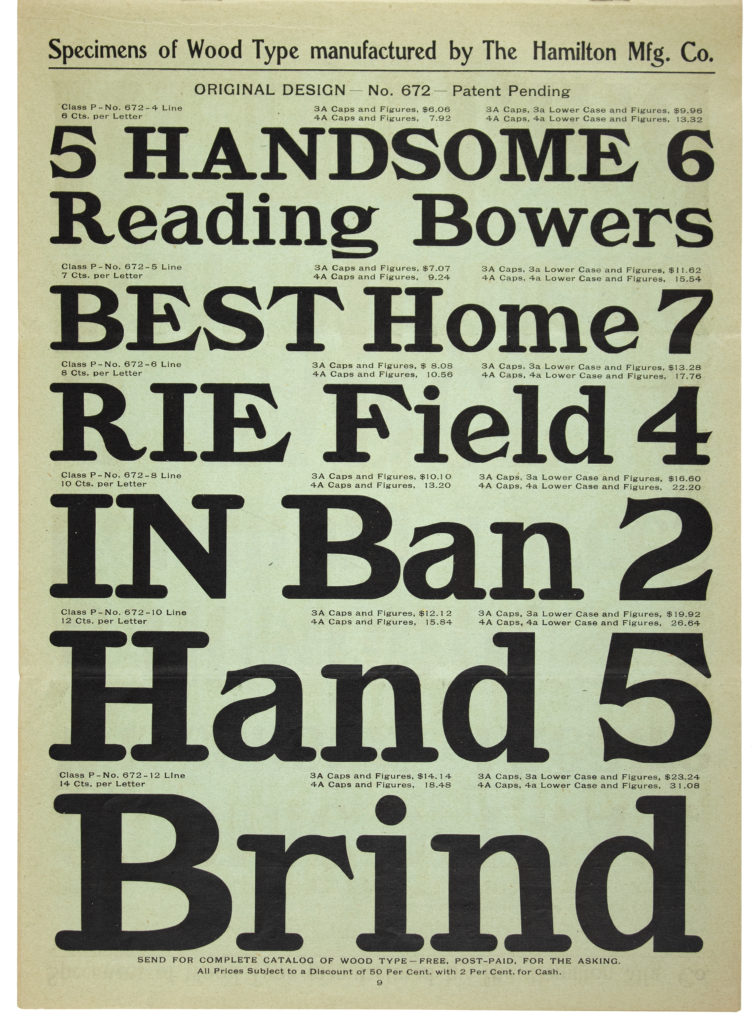 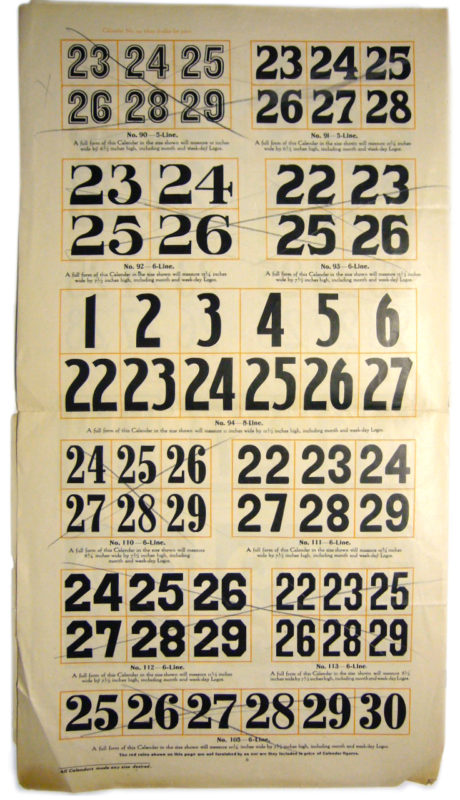 There are a number of Hamilton types in the No 600 and No 6000 series (produced from mid-1890 to mid-1900) that are marked “Patented” or “Patent Pending”. I could never find proof of the patents when looking for them with previous (and admittedly limited) searches of the patent record. This seeming lack of evidence led me to be skeptical of the labels being nothing more than marketing ploys. I have started to pick through the US design patent record file by file (all the patents have been OCR’d quite poorly so textual searching with keywords or even patentee names is hopelessly useless) and begun to uncover actual patents that validate many of these labels. It’s rather fascinating and gives another corroborating layer when trying to bring definitive dates to the historical record, as this uncovering of HP Hamilton’s previously forgotten foray into type design goes to show.